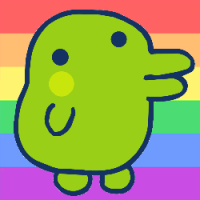 i was being attacked by the thief pig- after the guards set him on fire once or twice i decided to slip into the garden shop to get some currency for my plops from the shopkeeper.

unfortunately, though, i seem to have entered a completely black room. i lit a torch and nothing was illuminated to me, nor am i getting any warning sounds from charlie. can't find a door to get out. by my nearest estimate, the room might be empty. walking around does produce the wooden floor sound effect, and i can also hear footsteps not originating from me. i assume this to be a scripted shopkeep doing that thing where they kind of walk into the wall if you won't let them leave at night.

i waited until day, and nothing changed other than the other set of footsteps getting louder. there might be two sets during the day?? i heard wilson say something as well, but either his text did not display or i didn't move to see it fast enough.

i have entered other shops at dawn just fine, not sure why this one is so strange.