Entered a cave, but went to another empty with screen locked. 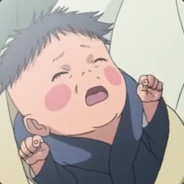 There was another cave entrance close to it. about a screen away on overworld.

Those torches on the image were available on I think all in-door screens, looks like a bug too(a deeper room that had two pig statues and two scorpions had them too, this room should've been full dark.

The other image shows the map. My character was on another place, and the rectangle looks like it's the room being shown.

Steps to Reproduce
Simply clicked to enter cave. Might be related to the other bug I submitted(invisible pigs on store).
Followers 0
Go to bugs