I built a fire in a corner of the town, where the pig guards wouldn't put it out. My sanity was low enough for night hands to appear. I went into my house. I came back out of my house, and night hands were still going for the fire ,so I ran over and stopped them. The sun came up, I restored my sanity but when I went back to that spot again in the daytime, I could still hear the night hands music box sound forever, even though no fire is present, and no night hands, for that matter. Just the music box sound. At around the same time, I noticed pig guards carrying torches during the day, which I was pretty sure they only did at night. And also a piko with red eyes in the middle of the day, which I think is only a full moon thing, but maybe it's not. I'm not sure why any of this happened, perhaps it was the result of being revived via meat effigy, since I noticed this happening afterwards. Though the events may not be related at all. 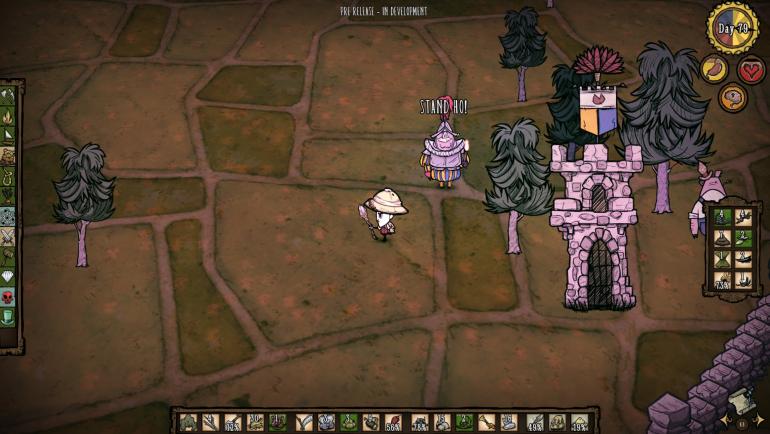 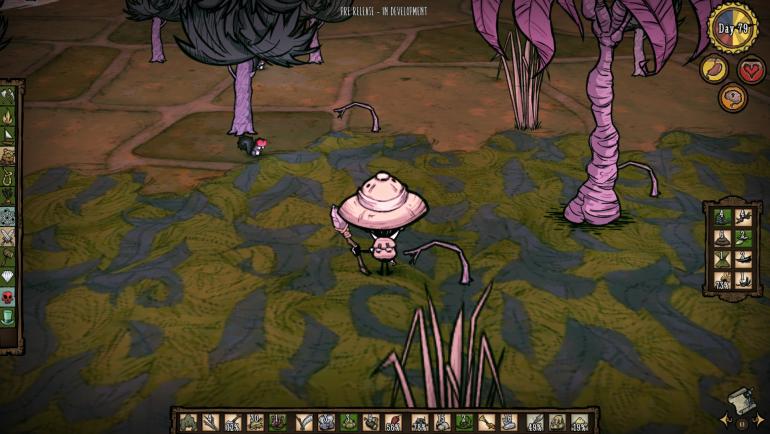 Steps to Reproduce
perhaps dying and reviving with a meat effigy messes things up, I'm really not sure what could have caused this
Sign in to follow this
Followers 0
Go to bugs