Upon reaching the hay fever season, cloud puffs start appearing in your house and buildings. dropping any items causes the item to instantly disappear. You are also unable to place any buildings, such as alchemy engines.

I just found this also sometimes applies to dungeons. I can't chisel any ruin structures without the idols/gold nuggets disappearing into the ether.

Much love, the expansion is fantastic 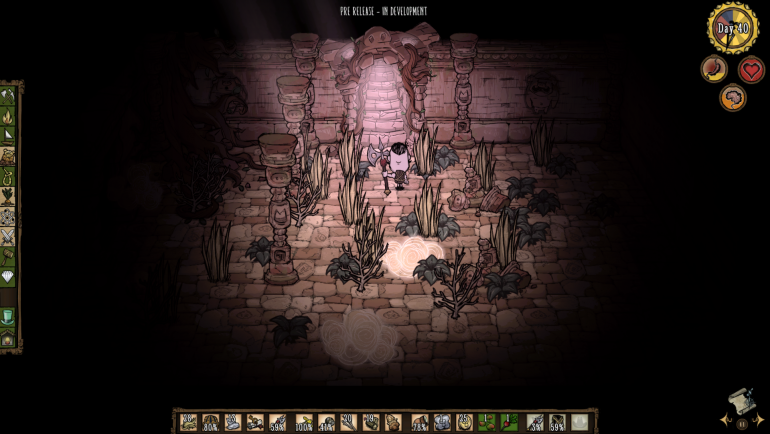