When my Friend joins the Server it crashes 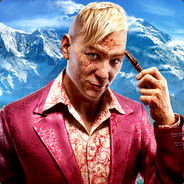 This started to happen pretty recently.
Me and my friend created a server and started playing on it and it was working just fine. When one of us had to go, we turned the server off and came back later. But when my friend was joining the server (he joins after me because I own the server) it said that I lost connection to the server and the server crashed. (but the game itself didn't)
After that the server refused to even start but when we managed to turn it on, again, when my friend joined, it crashed. So we started a new server and didn't leave, because we were curious, what will happen. It suddenly kicked my friend from the server on 11th day and when he tried to rejoin, it crashed again.

We have mods installed, but I've used each and every single one of them a lot of times before and they always worked and never caused my servers to crash.
The main thing that I wanted to mention: This happens only with moded characters. The server crashes only when my friend joins with a moded character.
(I again tried these and never had problems with these)


I don't know why this always happens but I would be very happy if anyone would be able to help me. Sorry for keeping this long, but I tried to give as much information as possible.

Steps to Reproduce
We didn't do anything special before turning the server on or even before making it.
Sign in to follow this
Followers 2
Go to bugs