Vanishing and black screen during game 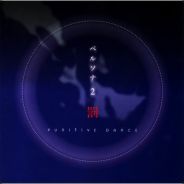 Joined a random server, 3 players were already there, i think it was day 9 but i was on my third. I was asking for info but one of the players died in the darkness and left the game, then after he came back as ghost and said the screen turned black and he died. After he resurrected i followed him to his skeleton and when he grabbed his backpack he vanished in thin air! I got closer and then everything turned black. None of my controls did anything and "Pick Sapling" was the only thing the mouse said. Another player who was following me asked where did we go. I was getting nervous and after my first message the other weren't working. The game's fps went super low, like, less than 10 low and i couldn't even press ESC to disconnect. I took a screenshot and  ALT+F4 my way out. After returning, the server wasn't there anymore, the host probably closed it after that. I hope it gets fixed soon.

Steps to Reproduce
I don't know how, i was playing normally and approached the skeleton of a player who went through the same bug.
Sign in to follow this
Followers 0
Go to bugs