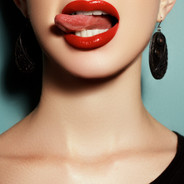 So, my friend recently bought Don't Starve Together.We naturally created a default world and tried to play.He constantly Joined and left the server trying to fix this issue and see what's going on.He coudn't move every time he Joined my game(i was Host).Then we searched for fixes, and one fix was that when i got in the game i shouldn't move untill he Joined.That didn't work either.We tried making another world with him being the host.Same problem again.He then tried to Join a random game from the servers browzer, the problem remained.He didn't have any connection issues, his pc suppoerts the game even in reccomended settings so i don't see how he should be having this problem.

Steps to Reproduce
Well i mainly descriped the issue on the box above.
Followers 0
Go to bugs