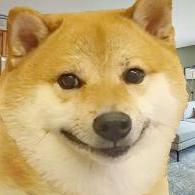 I've asked this on the General Chat, but I figured it would be better suited here, now I'll just have to figure out how to delete that last one. I have been experiencing an issue with the caves for about three days now, when ever I try to use a sinkhole to travel to the caves, or vice versa, I get stuck on a loading screen; at first I thought I just had to give it more time, so I let my game idle for about half an hour to see it still loading. I've tried verifying the integrity of the game files, disabling and deleting all my mods, uninstalling and reinstalling the game, ensuring that the game is not being blocked by my firewall or anti-virus.

Somethings I've noticed, If I host a world I do not encounter this issue. Another thing, my character seems to enter a sort of god mode while loading, as I joined an empty Klei Official server to try and test the caves (spoiler, didn't work), and after a 15 minute YouTube video I decided to force quit the game and rejoin the server, only to find that I have not lost any hunger or health during that entire time. Also when I removed all my mods and tried again on an official dedicated servers, kinda fixed the infinite loading, but now it would send me back to the over world no matter how many times I've tried to enter the sinkhole. I've been told by other players in public servers that they, or someone they know, are experiencing a similar issue, so now I am more confused than ever, is it something that I messed up? Like delete an important file, or is it something affect more players than just me.

4. Get sent back to the over world, or get stuck in a seemingly infinite loading screen