I created a world using the Classic world setting -- I know there's an existing issue where Cave entrances don't generate (pasted a link to one at the bottom). But I really didn't want to restart again (it's the fourth time we've restarted after spending awhile building up a camp, etc.) so I spawned in a cave entrance, mined the plugged sinkhole, and then ended up in the middle of what seemed like literally every enemy in the Caves in one area. The Ancient Guardian was there, hundreds (literally hundreds) of other enemies, including Bunnymen, Dangling Depth Dweller, etc. Everything slowed to a crawl, and I basically just watched everything lag until the Darkness eventually killed me. I attached a screnshot of the aftermath.

Does spawning an entrance to a cave literally spawn an entrance above whatever location in the cave it maps to? That is, is the Cave a 1:1 mapping to the overworld, and I just happened to spawn into a room where there were a lot of enemies?

And is there any way to fix it for this world? I know there's an update coming out that will spawn cave entrances for the Classic Biome, but will I have to restart (again) for that? 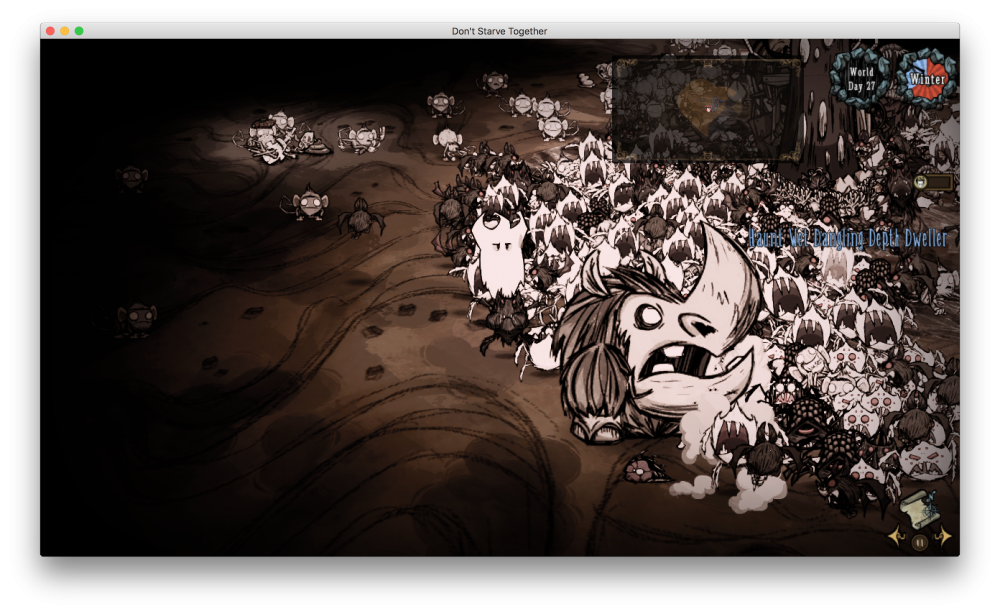