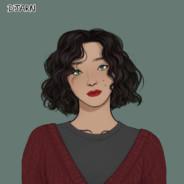 I closed my server to double check the length of my seasons; when I opened the server again (less than a minute or two later) the smallish tallbird I had hatched immediately aggroed onto me upon spawning in, and wouldn't stop trying to attack me. I originally thought it was because they had grown into a normal tallbird, but they were still a smallish tallbird, and I was still able to offer seeds for food (although they wouldn't take it and immediately attacked the second I got close enough). They had not been aggressive immediately before I disconnected.

I rolled the server back and grabbed this clip from respawning in https://va.media.tumblr.com/tumblr_qsb8p3YJNC1z1f0gq_720.mp4

Sorry if I'm missing any details, my brain is so scattered tonight

2. Character Wortox, Have mods active (not sure if either are required/the reason??)

4. Day 24 (should have smallish tallbird by now), disconnect from server.

6. Smallish tallbird should aggro towards player.