Shadow Beaks can be hit out of their disappear state. 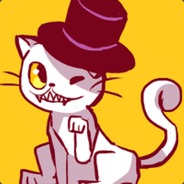 This behavior has existed for a long time but I refuse to believe it's intended behavior.

Here, we can see the terrorbeak take damage despite them teleporting away, which causes them to teleport again after they've already teleported.

The crawling horror's don't exhibit the same behavior as Terror beaks when they teleport. The attack properly misses.

This probably stems from the fact that they share the same stategraph code, and crawling horror's existed before Terror Beaks.
The Disappear animation for crawling horror and terror beaks both end around frame 430, but Terror Beaks max frames for that animation is 500, instead of 434 like crawling horrors.
This might be the cause of this issue, but I don't know.

:edit:
Tested myself. De-compiled and changed the disappear animation max 434 frames. No longer get hit our of their teleport state.

Steps to Reproduce
Spawn and fight a terrorbeak. Then, while using force attack, the terrorbeak can be hit despite teleporting away.
Sign in to follow this
Followers 0
Go to bugs