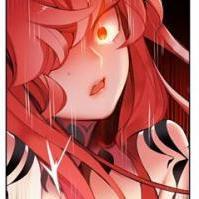 Sorry for not properly executing that reporting stuff, I spent all of my courage on playing around with the new update, but I think even like that it does worth posting...

Let's begin with our beloved rhino, that remains unchanged. 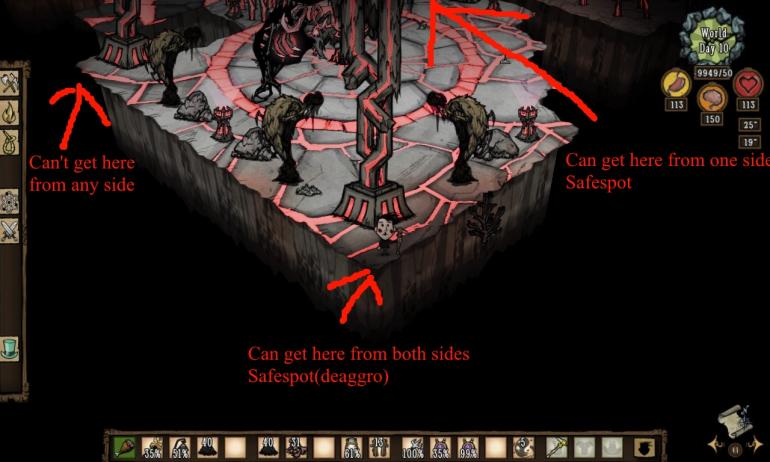 Leaving the boss arena during skeleton fight allows you to fully dodge his rooting spell. It is, however, not very usefull, but I don't think there should be such cheap deaggro(without teleporting/logging out). Next picture shows deaggro spots drawn in green(getting in those deaggroes boss) 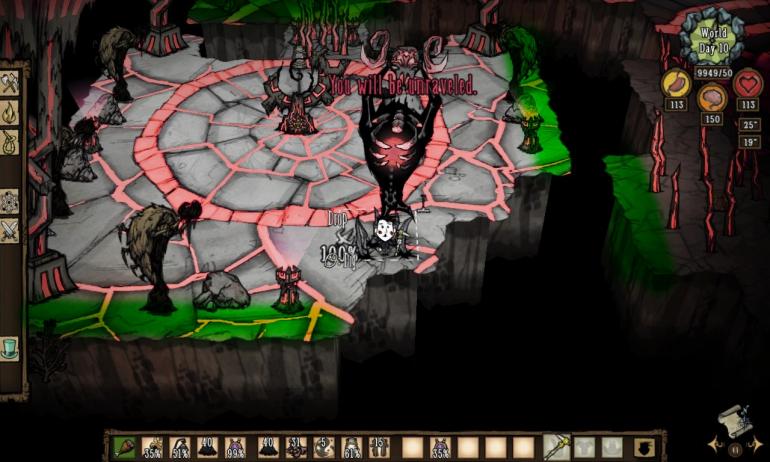 But once again, thats a very little thing, but it can come in handy if used properly...

Picture above also shows that dumb bug with spikes not rising on the map edge, allowing one to easily get out of those roots(seems to be a bug, but perhaps worth staying in?) Next picture is just to show exactly what I mean 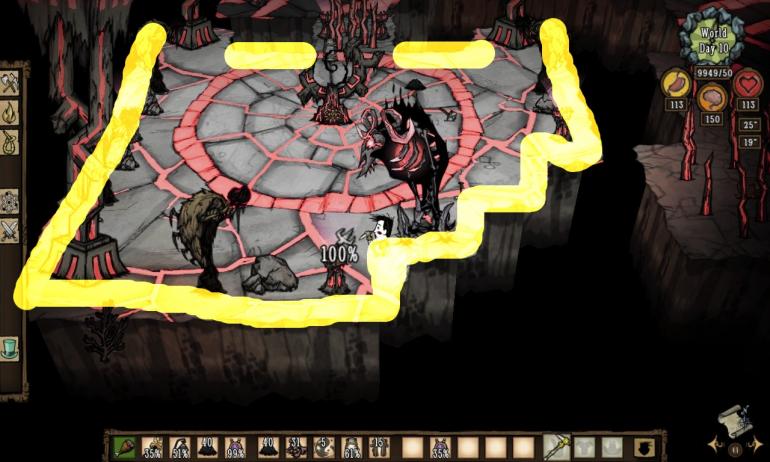 (yellow shows area you can get out of roots at(works with weaker version of this boss too, making it super easy-cheezy))

Now, when you've got the idea of root-escape bug and boss deaggro, here's one sweet spot

He keep's trying to get to player in a green zone, while you both can attack each other in the yellow one, making it somewhat worthy if you will be dropping roots in red spots. That spot is not as usefull as deaggro bounds, but still...

Now, why deaggro matters: one player can fight(with the help of the bee-queen crown obviously, since insanity in this fight costs you too much, unless you are zerg-rushing) boss near world border while the other one can wait for 8k health transition to quickly help to deal with incoming menace(at least as soon as adds are properly managed/killed). Then just finish the boss off with gunpowder(even if I missed something about health-caps that force him to use his transition stage(the one with unseen hands and little things), he still can be killed with 80 gunpowder(40 at the start + 40 after transition, done that solo in godmode-> totally possible), it ain't very attractive for boss rush, but he can't be killed solo anyway(because cooldown on transition is too low, better make it health-based may be? with some hard enrage mechanics to balance it...)).

Also, boss fight can be redone in 20 days(since atrium_gate will reset), but I didn't check if the Ancient Guardian does respawn too. Hope you guys didn't forget about him since skeleton currently doesn't return the key(unless I missed it somehow).

Oh, and one extra thing about missing names: 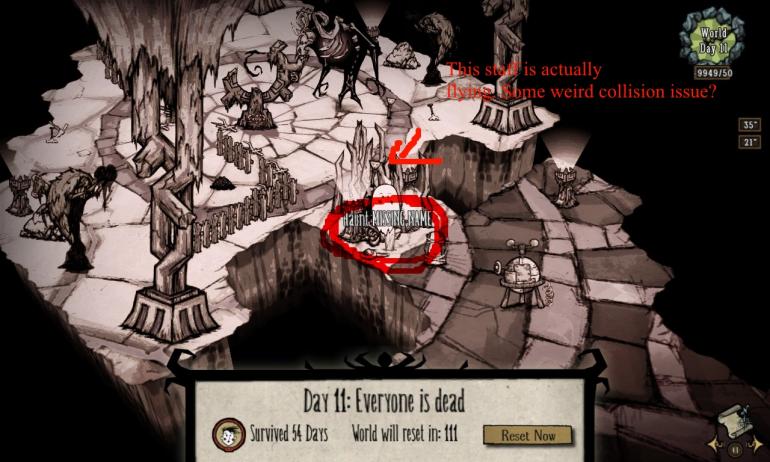