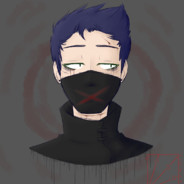 I've been looking all over the place for a fix to this, and have seen multiple people having the issue and I've tried everything that I've come across but it doesn't seem to be working?

The other day my game was working fine but when I opened it again I tried starting up a dedicated server so I could have caves but it didn't appear to be working so I gave up and shut my game. When I opened it again and tried playing my normal server that I've been working on for days a quick error showed up that I couldn't read before the server tried to start up but it crashed my entire game after a few seconds and glitched my steam, making it say I was still in-game when I wasn't and wouldn't let me open it again because "it was still running".

It glitches out like that every time I try to start the server.

After a few tries of trying to read the quick error I managed to see something about "Networking Failed to Start" and to try again, nothing else other than that. Also, once I start up the game it says it failed to open properly last time, most likely due to a client mod. I've disabled and uninstalled all of my mods and it still says that.

I've looked up my problem and have tried verifying the integrity of my game cache, I tried letting my game through my firewall on my network, and I even tried the different port thing where I need to go into my games settings.ini file and change the port number. The settings.ini file in my game says its an OLD file? Not sure if thats important or not, I'm not great with computers. There was no [networking] part to it, however there was a [network] but all of the info under it was from an old server I had that I already deleted.

I even went into various other files and tried sifting through the coding and such seeing if there was anywhere I could change the port and nothing worked?

I also uninstalled and reinstalled the game and that didn't help either.

I'm not sure if I'm just being dumb here or not but I honestly don't know what to do anymore and I'm extremely upset because I've put a lot of work into my current server and I can't make anything work. I can't even start a new one.

Does anyone know anything else I can try?

Steps to Reproduce
Game was working fine. Opened it and tried starting server to use caves. Was setting up for long time then failed. Gave up and tried opening one of my other saved games. Failed as well and crashed game. Rest is detailed in description.
Followers 0
Go to bugs