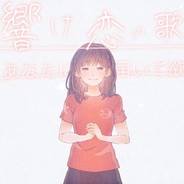 When i launched DST to play at some time, I went to go check my mods to download some, and then i notice my mods were invalid, where it would say "workshop-(mod id number)" by unknown, Compatibility unknown. I tried cleaning the files on the menu but then all 55 of my mods had that effect (at the first time there were about 9 mods doing it). My access to deleting the mods was denied, but downloading new mods worked fine.

Steps to Reproduce
I started DST up as usual and then this happened. Im not sure how though.
Followers 1
Go to bugs