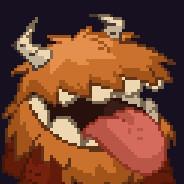 We have an huge problem with DST. Everything had been great until the game was updated by me and my friends. We don't really know the reason of it, but we checked some things and we got conclusion on that the latest update was the issue. When we want to play on a world, it takes like 5 second to close the whole game and show us a report, which I added in the attachments. Could you take a look at it, please. We cannot play more.
PS: We want also include that we have MacBooks Pro and other of your friend has a normal windows computer and she can play normally. We also think that the fault is the latest mac update macOS Monterey 12.3 (Looking up at 'Crashed thread: 0 MainThrd Dispatch queue: com.apple.main-thread').


We uninstalled DST, later Steam and later we were trying to restart our computers, but none of those things helped. Before it, we had been thinking that our world, where we played for about 33hrs and nothing was happening, is the issue. But that theory wasn't right, because we made another world for playing but as soon we joined it as the game crushed. We would be grateful, if you took a look at included files and tell us if they were problem or maybe MacOS operation system, which is not compatible.