Game crashing at specific points on the map 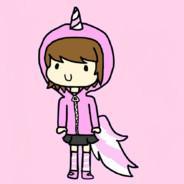 It happened the first time after the inventory update, walking normally around the map, it arrives at a specific point, the game crashes, but if I leave walking in other points than that specific one, the game continues to work normally. The first time I was opening the map, I approached some knights and as soon as I stepped in the area where they are, it crashed. at first I thought it was some mod giving conflict, but I tested all the mods, I tested without the mods and it continued, whenever I approached that specific point the game closed. So I created another map, thinking that the old one had corrupted or bugged, but it happened again, but not near the knights' area, I was just walking normally through the deciduous forest biome, I approached a set piece that had the Maxwell statue with some tombs and it crashed again, I did a file check on Steam, it didn't find anything, I thought the map had bugged again and I joined a friend's server and it started crashing at a specific point too, I got close and nothing happened to me, but every time he approached there, it crashed, when he tried to relog in that place his game kept closing without stopping, if there was a rollback, he could enter, but when he got there, the game closed and every time he tried to relog in that place , it loaded on the map, but the game crashed right away without even having time to move and this was happening to me on the other two maps I mentioned at the beginning as well.