To start, I cannot remember exactly if we did a rollback during the Twins's fight or not, so I'll ask my friend and update this report later.

Anyway, after the rollback, we started the Twins's fight normally and after they despawned (we didn't kill them during the night), my friend found The Eye of Terror spawned during the day on a random location of the map. It was active, since there were a lot of mini eyes around him, almost like the fight had been running on without any targets.

We started to fight him and the day rolled on, when the next morning came, The Eye of Terror didn't despawn. We died, rollbacked the game... and when we returned, it was even more bugged. For some reason, it had water on it's feet (see the image) and was untargetable for me (both with ctrl+F and ctrl+click), but my friend could hit him normally. After killing some of his minion, he started attacking me, but I still couldn't hit him. Anyway, we died again, rollbacked and ended the fight. This all happening during the morning in the game.

Ariving in our base, our terrarium was inactive, it seems to have recognized the death of the eye... However, the terrarium was corrupted and still got desactivated.

Sorry for the bunch of information and my english mistakes. 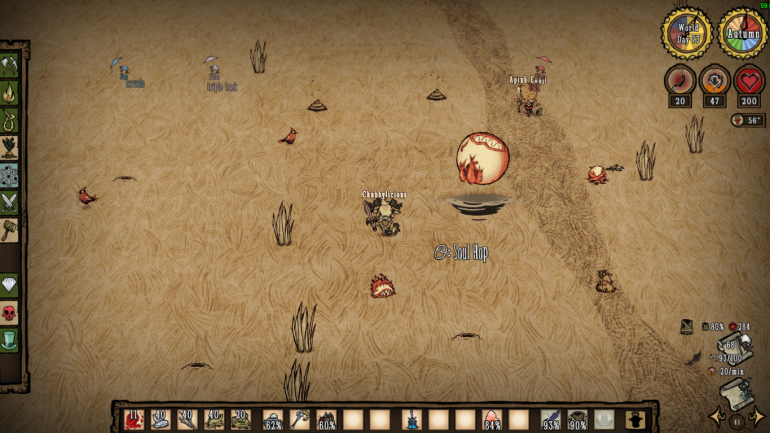 
I don't know exactly what caused the bug, so I'll assume that you just need to start The Twins fight, rollback during it, start the fight again and search for The Eye of Terror around the map.