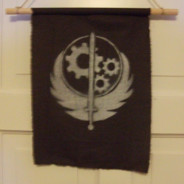 After the update me and my friend joined my game and started working on out base. We had mostly been going into the caves for most of autumn and so winter caught by surprise. We started freezing just after it had been raining and put on our Winter clothing, then out of nowhere the Deerclops appeared. He started wrecking our improved farms and we had to lead him away. So somehow the update coming at the start of winter made the Deerclops appear to early. It sounds like a glitch or bug to me.

Now not only that but when I checked on our bee farms they had all burned down. During Autumn, which is very odd as there had be no things NEAR it to lit it or cause it to catch fire. So that is two bugs that occurred when we reloaded the game after the update. Frankly it has me a bit confused.

Steps to Reproduce
Update coming at the same time as winter.(assumed)
Sign in to follow this
Followers 0
Go to bugs