DST audio does not swap to new default output device 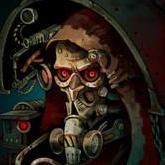 When playing Don't Starve Together, at times I like to swap audio devices (external speakers, or headsets) or play DST via Steam streaming on my laptop (which will swap the output device to Steam Steaming Speakers). However, once the game has launched, swapping to any other audio device will kill all sound for the game, and it can only be fixed by restarting the game while the new device is the current system default. This is also true when Steam Streaming, where if I don't set the default audio device to Steam Streaming Speakers on the PC that's the source of the stream, then the audio for the game will just not work on the receiving end.

This is a minor annoyance, but it has been part of the game for a long time and I wanted to file a bug report to bring it to your attention if it's not already.


Launch DST, then minimize and switch the system default audio device (for example, by clicking the speaker icon in the system tray in Windows 10 and selecting a different output device). This will kill audio for the game.

Similarly, have the audio device set to anything other than Steam Streaming Speakers and attempt to Steam Stream the game from that PC to some other device (namely a laptop running Windows 10 and Steam in my case). Audio will not work.