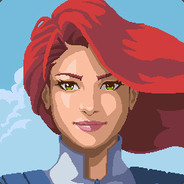 I've encountered this issue a couple of times, about 3-4 times maybe.

Sometimes, usually during early days, when the game saves, the server will go into a drastic performance drop that renders the server completely obsolete. The host's connection bar will turn red alongside with every player's connection bar. Players can not move, use items, do actions and so on. Players are still able to use chat, but with a huge delay, as long as 5-6 seconds.

During this, the server's time appears to be paused. Last time I had a lantern equipped and it did not lose durability during this.

Players will eventually be disconnected, but they can sometimes rejoin. Rolling back sometimes fixes the issue, sometimes not. Regenerating the world will fully fix the issue.

After a while ( which might be a long time or just a couple of minutes ) the problem will be solved, but it might happen again upon next save.

The issue happened a few minutes before I posted this bug, so I have some details about the server.