So I've tried everything, from the guides on safe booting and deleting the mod files, launching steam and the game via administration powers to reinstalling the game, the mods and everything else. I've contacted support and they have not found any problems with the logs I've provided. It is quite the interesting bug. Images provided below on how it looks like.

Additionally, the mods do get saved in the workshop folder but do not get transferred into the DST Folder, not allowing them to load. I have no idea why this happens and I tried to manually put them in and rename them but nothing worked.

Mods that pop us as corrupted:
The Engineer by Goat Slice
Combined Status by rezecib
Simple Health Bar DST by DYC

Note: These mods were added before the recent terraria update meaning they should've worked. 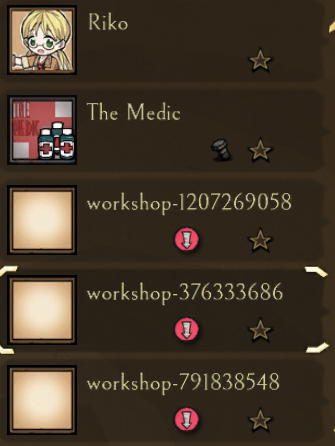 
Honestly I have no idea how this happened in the first place. I once redownloaded the game along with mods and it just happened.