Cannot host a world with caves during Gorge event. 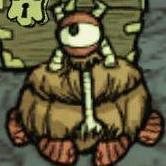 I can't resume a previously generated local world (900 days) with caves. The game is just stuck on the generating screen, so far that it freezes/unfreezes several times (freezing can be seen by lack of animation), then it kinda transitions to "connecting to world" (after a solid 5 minutes), but after that it freezes for good. Pressing Ctrl+Alt+Del summons the menu, but after choosing the Task Manager, it's back to an infinite black screen. The only way to end this eternal limbo is to manually switch off the PC. After rebooting, I tried to resume that world once again – the results were identical. I guess, it might have something to do with the current updates for the Gorge. I am able to resume a caveless testing world, though. So I guess, caves are the issue?

Steps to Reproduce
1. Have a world with caves generated before the Gorge event. 2. Try resuming that world during the Gorge event. 3. Experience a black screen as described above. 4. Become upset. 5. Report to BugTracker.