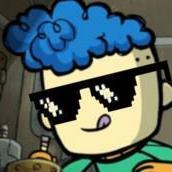 Had a unfortunate accident in day 581 and wanted to roll back 1 day, so did c_rollback(1) but didn't actually work cos day is still 581 and feels like the result was more like using 0 and not 1, meaning roll back to begging of the day 581 and not back to 580. c_rollback(2) works just fine getting us back to day 579.

Steps to Reproduce
Look at world time and days and do c_rollback(1) and notice that instead of rolling back one day it doesn't do anything.
Sign in to follow this
Followers 0
Go to bugs