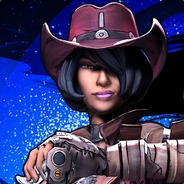 Alright, so night was coming and I wanted to craft a torch, by my inventory being full, I had to "hold" a blue gem to move it around, and then I crafted the torch - and instead of getting a torch, I got a second blue gem

I instantly attempted to craft another torch, and this time it worked, maybe because I had dropped the blue gems - but yeah, that's about it!

Steps to Reproduce
Having a full inventory, a blue gem in hand, and try to craft a torch.
Sign in to follow this
Followers 0
Go to bugs