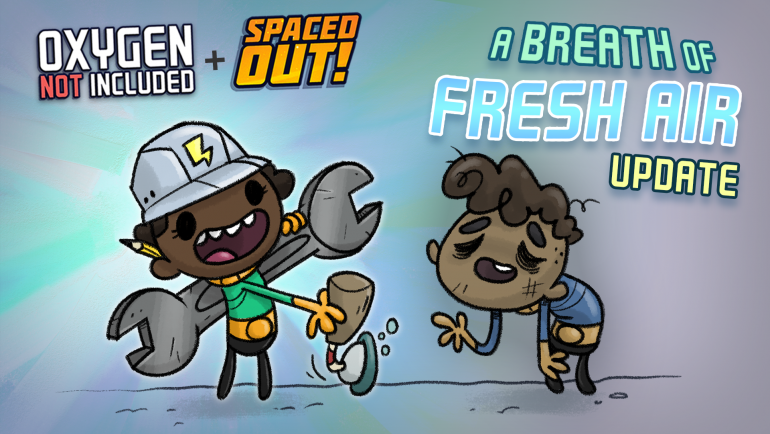 It's been a while since we've done a big update to the base game of Oxygen Not Included! While we've been working primarily on Spaced Out! for the last while, our desire has always been to improve and evolve the game as a whole. There are a number of changes we've made in Spaced Out! which are just general good improvements to the game, or that we had planned for the base game all along but finally got the opportunity to implement during Spaced Out! development.

This includes bug fixes to the game and the underlying simulation, making improvements and upgrades to the UI, and a major upgrade to the modding system to help future-proof mod development. It also includes a couple new buildings, Duplicant traits, and improved worldgen.

Up until this point, the base game and Spaced Out! were running on separate codebases, so fixes we made would only exist for one version or the other. After today, the codebases have been unified so everyone is running the same version of the game! This has been an epic process for the development team, but now it means that bug fixes will arrive for everyone at once, and that all players can benefit from ongoing improvements to the game.

This patch includes some major code updates, including a new Modding API and an upgraded version of the Unity engine. There will be growing pains in the short term while mods are updated (please give modders a chance to catch up!) but these will support the stability and growth of the game into the future.

These changes address some long-term concerns in Oxygen Not Included. This game, and you the players, continue to inspire us. We want to keep improving it and making it the best game we can! The major features and changes include:

There may be some inconsistencies as a result of this, so if anything has broken, or any Spaced Out! weirdness snuck into the base game, please report it in the bug forums. Thanks!

As the Spaced Out! DLC gets closer to launching, we're continuing to focus on polish, bug fixes, and tying up loose ends.

We're continuing to refine worldgen tuning, and have added a "Classic Forest Start" cluster to play on. Renewable regolith has landed back in the game on its own planetoid. There's lots of finalized animation and sound effects coming down the pipe, including new art and leak mechanics for nuclear waste barrels. We're also spending more time looking at performance and have some promising leads.

Colony Imperatives are being added and revised. With new Monument parts, an Artifact Analysis Station, and a strange Gravitas device hanging out near the Temporal Tear, your Duplicants will have so many boxes to check off! (We also added a few new Spaced Out!-exclusive artifacts.)

Thanks for sticking with us through this large technical challenge. If you notice anything that seems to be amiss between the two versions of the game, please report it as a bug! And as always, we'd love to hear any other feedback you have. Take care!

Worldgen
(note that these only apply to newly-generated worlds) 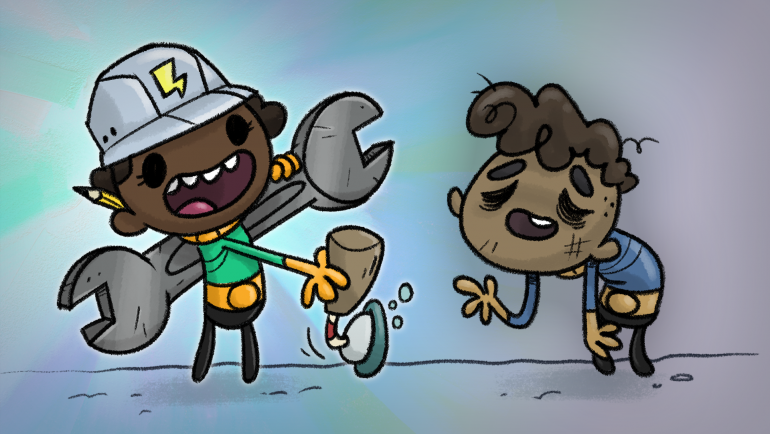