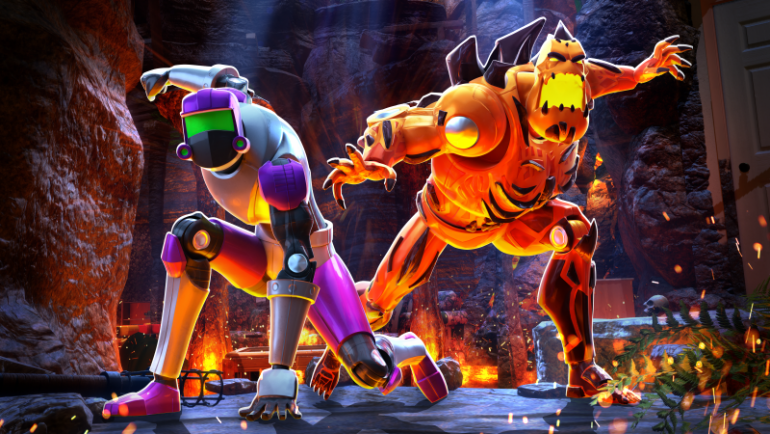 NEW! Vault Jump Ability
Along with these hot new characters comes one cool new move, the Vault Jump! Give yourself an extra boost to reach those platforms that are just a *little* too far away. And if you’re bummed you can’t test out this new move with your favorite characters...well we’ve got some news for you!
NEW! Choice
We’ve decoupled abilities from their characters so you can now use any character you want with any ability: Sue Nami with Double Jump; Poizone with Boost; Hazard with Slide Jump - go ahead and mix it up!

You also might notice some slick new UI in the game designed to make your lava jumping experience all the more pleasant.

NEW! Items
Every character’s progression levels have been bumped up to 60 possible levels. So get in there and jump around to unlock some new stickers, action files, emotes, and new skins. As an added bonus we’re also giving everyone free Sea Stealth G.A.T. skins for this Spring update, just because we love you all so much.

If you can’t get enough of all things G.A.T., there are all new G.A.T. lore descriptions for Head, Back, and Trinket accessories. Read through them all to learn about the exploits of all your favorite characters.

NEW! Leaderboards
You asked. We listened. Leaderboards are now split up by ability so you can save separate times and replays for each one. Unfortunately (or fortunately depending on your times) we had to reset leaderboards to accomplish this. Fear not, your locally saved replays are still available in their original directory, but your times pulled from Steam will be reset.

As a bonus feature we’ve also added the ability to change your profile. Free yourself from the tyranny of sharing times with your little sister! Or, if you just want to experience the thrill of unlocking all your items again, now is the perfect time to jump in and get moving. Let the competition begin!

Stay safe. Stay cool. And stay off the floor! 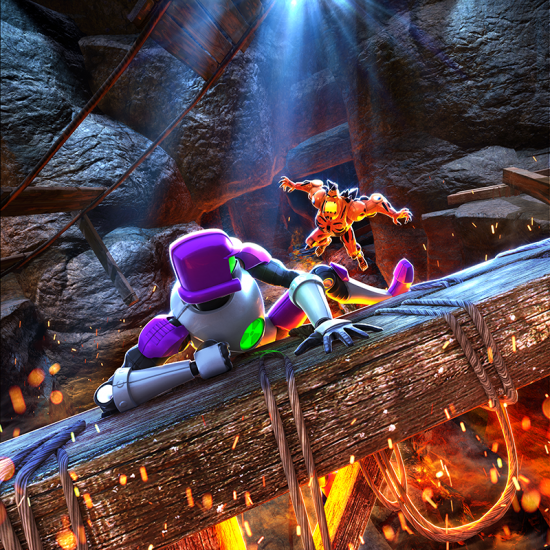