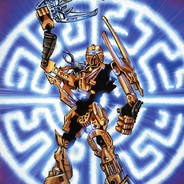 The Fate of Shank