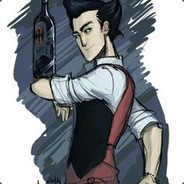 Tips For No Silverware Run?

By GamerFlamer, June 15, 2018 in General Discussion