[Solved]Character's Custom item "Inspect" option not working. - [Don't Starve Together] Mods and Tools - Klei Entertainment Forums Jump to content
Chester is Back for the Klei Krampus Sale!
Sign in to follow this
Followers 0 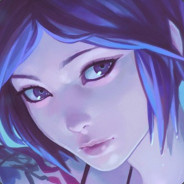 By SolarMisae, September 18, 2017 in [Don't Starve Together] Mods and Tools