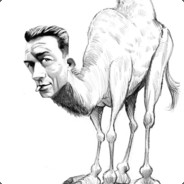 Wigfrid is considered OP? Why..!?

By AlbertDelRiver, December 18, 2016 in [Don't Starve Together] General Discussion