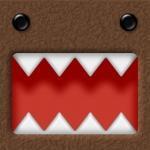 Strange Message in a Bottle