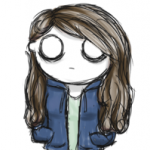 Any good base building tips?

By MenaAthena, June 10, 2015 in [Don't Starve Together] General Discussion