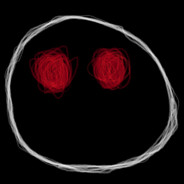 Enjoy the game, but will I keep playing?

By jimmijamjams, December 9, 2012 in [Don't Starve] Suggestions and Feedback