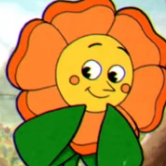 "No Buts, ands, ifs or compromises"

By ARamblingSpider, November 29, 2013 in [Don't Starve] Suggestions and Feedback

What do you think of these suggestions?