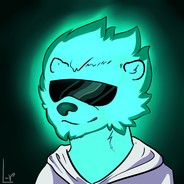 Why do large power transformers exist ?

By Shadic, December 18, 2020 in [Oxygen Not Included] - Suggestions and Feedback