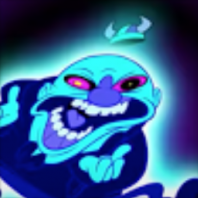 "A Chef and a Spooder"

By THE GHOST-, November 13 in [Don't Starve Together] Server Bulletin