This bug fix was huge and overlooked - [Don't Starve Together] General Discussion - Klei Entertainment Forums Jump to content
Chester is Back for the Klei Krampus Sale!
Sign in to follow this
Followers 2 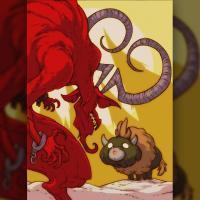 This bug fix was huge and overlooked

By Bird Up, October 26 in [Don't Starve Together] General Discussion