What do you think about dst's ambiance? - [Don't Starve Together] General Discussion - Klei Entertainment Forums Jump to content
Studio Announcement 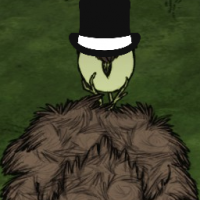 What do you think about dst's ambiance?

By Szczuku, October 19, 2020 in [Don't Starve Together] General Discussion

I'd read the op b4 voting