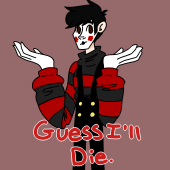 An art thread by WesisBless