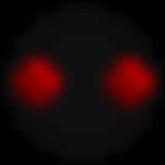 The Name of Wigfrid's Animated Short

By Bronzebot, September 22 in [Don't Starve Together] General Discussion