Should Twitch really have separate categories for DS & DST? - [Don't Starve Together] General Discussion - Klei Entertainment Forums Jump to content
Sign in to follow this
Followers 8 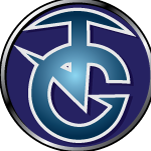 Should Twitch really have separate categories for DS & DST?

By JazzyGames, July 6 in [Don't Starve Together] General Discussion