Abyssalite to tungsten transition. Is it possible in survival? - [Oxygen Not Included] - General Discussion - Klei Entertainment Forums Jump to content
Chester is Back for the Klei Krampus Sale!
Sign in to follow this
Followers 1 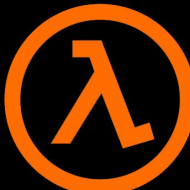 Abyssalite to tungsten transition. Is it possible in survival?

By sheaker, June 14 in [Oxygen Not Included] - General Discussion