Abigail attack without you telling her to rile up. 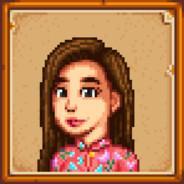