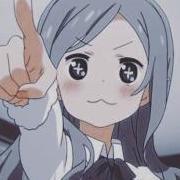 Are the Lunar People "Them"?

By littlexloli, December 31, 2019 in [Don't Starve Together] General Discussion