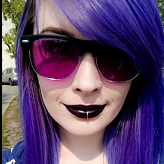 Caves not connecting to master

By Exhu, October 1, 2019 in [Don't Starve Together] Dedicated Server Discussion