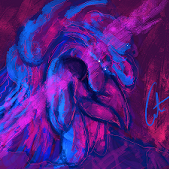 Why can't we hop in the Krampus Sack?

By LtShinySides, February 21, 2013 in [Don't Starve] Suggestions and Feedback