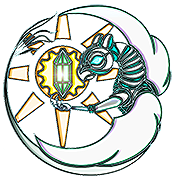 Wark the Chocobo was originally created by @Spotteh for DST and you can get her fantastic DST version here https://forums.kleientertainment.com/files/file/1022-dst-wark-the-chocobo/

the real point of this mod existing is due to me not having DST but wanting to be a chocobo...so using @Dleowolf's example character template mod alongside Spotteh's fantastic character art and with massive coding help from @BraveChicken! I'm happy to say that she's ready for the world to enjoy!

now for her stats!

Wark is "mortified of darkness" meaning her sanity will drop like a brick in water the minute it gets dark, although its a slower drain at dusk

Wark "loves fire" and is "fireproof" meaning that she needs to stay around light sources like fire to keep her sanity up! her fire range has been set so that she doesn't have to stay too close to a fire-pit to get the sanity effect! also light sources are larger with her so its easier to see (and I find it to be more realistic)...I don't have to explain fireproofing do I?

the satchel is a fancy backpack styled from the "Chocobo Dungeon" video games while the translator actually lets her speak! and is styled from "Final Fantasy Unlimited"

Wark is VERY fast! and she's built to be a "glass cannon" type of character

she's support to be like a treasure hunter or archeologist but I'm too lazy to write the extra custom speech text ATM so thats for a later release!

I plan on making her HAMLET compatible once Hamlet is released!

once again the art and name are NOT my own! they're Spotteh's! and if there's any complaints or problems from her with me having this mod up then I will take it down immediately

thanks for reading and enjoy being a Chocobo!