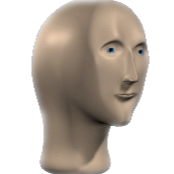 The Third Horseman awakens in this unfamiliar land...
Famine is the third horseman of apocalypse. He was tricked and imprisoned to the Don't Starve - world. He used to control the hunger on Earth but now he's merely a puppet of shadows. Famine is not used to be in a place like this where he has to find every single bit of food available. He even hungers faster than others but he draws his power from that everlasting hunger.


Known bugs
Some lines he says still have Wilson's speech.


Notes
Yup. This is my first mod ever done and it took only five days.
I'm open for feedback and suggestions. Also if you find any filthy bugs or typos, let me know!